Many people ingest magic mushrooms for both medicinal and recreational purposes. There is a wide variety of shrooms that grows in Canada. Find out the different shrooms in Newfoundland, Canada, and know the right strain for you. 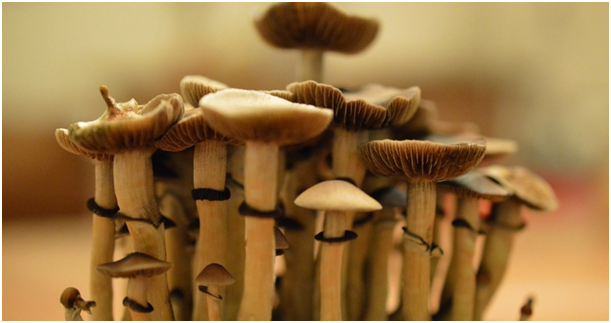 Magic mushrooms, generally known as shrooms, are a type of mushroom that contains a hallucinogenic substance called psilocybin. The psilocybins in shrooms are under the Schedule I controlled substance. Therefore, it has a high risk of abuse and wrongful use.

Understanding the differences between shroom strains is fundamental, especially for beginners. Each shroom strain has a different level of potency. Below are the most common Newfoundland shrooms with their uses and risks.

Psilocybesemilanceata, also known as liberty cap is one of the most potent magic mushrooms in the world. It induces a fast feeling of euphoria. Taking a high dosage of this substance is extremely dangerous. The psychoactive effects of the liberty cap may last for a long time.

Liberty cap is easily recognized by its distinct hat-shaped head. The conical caps measure barely an inch in diameter. The head is usually brown but fades into a taupe or grayish-brown hue. This magic mushroom strain grows in grasslands with a cooler temperature. Thus, you can easily find liberty caps in Newfoundland since it is a suitable habitat for the mushroom.

Beginners are advised to follow the micro-dosing of liberty cap. You can feel the effects of this shroom at 0.2 to 0.5 grams. However, the effect of the substance may differ according to a person’s weight, height, and metabolism.

The Banded mottlegill, also called as weed panaeolus, is another type of magic mushroom that grows in Newfoundland. The cap of panaeolus is wider compared to the liberty cap. Its head can grow up to 4 to 5 cm wide at maturity. The shroom’s cap is broadly convex that expands. It has a cinnamon brown color to orange. The stem of panaeolus is 50 to 60 mm long and 2 to 4 mm thick. The stems are fibrous and brittle. This magic mushroom grows in grasslands and dungs and during Spring and Fall seasons.

Panaelous is less potent compared to the liberty cap. Most magic mushroom users prefer this mushroom for recreational purposes. Also, it is a good option for beginners.

The Laughing Jim (also called Laughing Gym and Spectacular Rustgill) is a magic mushroom that typically grows on tree stumps, tree bases, and logs. Gymnopilusspectabilis was the former name of the mushroom species.

The cap of the shroom grows up to 4 to 20 cm in diameter. It has a convex head with an in-rolled margin that flattens but retains a slight umbo. It has an orange to apricot color. The cap darkens to orange-brown as it matures. Meanwhile, the stem of the laughing gym is robust and has a similar color to the cap.

The shroom is a well-known source of psilocybin. However, aside from this, it also contains bis-noryangonin and hispidine – these are substances structurally related to alpha-pyrones. The substance has short-term euphoric and physical effects. It is suitable for both beginners and long-time users of magic mushrooms.