It is not a competition, but if you randomly ask ten individuals, seven will suggest that they like dogs over cats. It is a fact that dog lovers oftentimes outnumber cat lovers – that is probably because of the cat’s temperamental behavior. 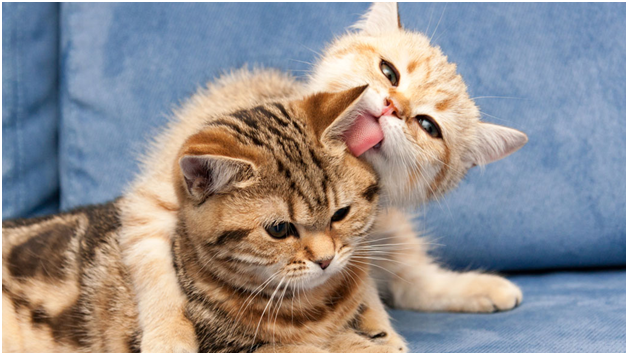 Cats are constantly misunderstood; their actions are often incorrectly judged due to their “don’t bother me” behavior. Unlike dogs, which are dependent to their owners, cats are considered to be independent, strong, and with a defined personality; this is also probably the reason why there are more dog lovers than cat lovers.

Sadly, the misconceptions about cats are overpowering than what these animals truly are. There are several reasons to love cat and the following five are a few of them:

Reason #1: They will teach to respect individuality

Cats are genuinely independent; they will not try to adjust themselves just to please you. Cats will act who they are and how they feel; if they get annoyed, they will show how annoyed they are – this is how most of their owners learn how to respect individuality.

Reason #2: They are mystical

Cats are still believed to have 9 lives; although it is just a myth, cats being mystical is still believed even up to these days. According to ancient beliefs, cats are more sensitive to negative energy than any other living being. It is said that when your cat feels negative aura surrounding from its owners, it will try to trap the powerful energy out from the house or their owner.

Additionally, contrary to movies where cats are depicted to be instruments of evil, cats serve as your line of defense against the evil spirit, ghosts, and other unseen entities. They will try to protect their owners from these entities by trapping them out.

So, if you find it unusual that your cat is starting to sleep at your doorway or beside you on your bed, it is probably because it tries to suck out negative energy from you or it is trying to protect you from something.

Reason #3: They are the epitome of genuine cuteness

Cats don’t care what they look like when they are comfortable; and if they get comfortable, either sleeping on the sofa, cupboard, boxes, or many other places, they are bursting with cuteness that will make you take pictures.

Owning a cat is fun; it is a battle of the mind.

There are moments when a grumpy cat will sweetly purr and greet you, jump at you while you are on the couch, sweetly rub its face and body at you, and sleep on your lap, will make you feel happy and at the same, make you think “do you deserve it?” At Obey My Cat you’ll find several details about cats that will help you understand more about them.

Reason #5: They are loyal too

Despite their independence and being temperamental, like dogs, cats are loyal too. They will discretely and gently support you with whatever endeavors you are aiming for.